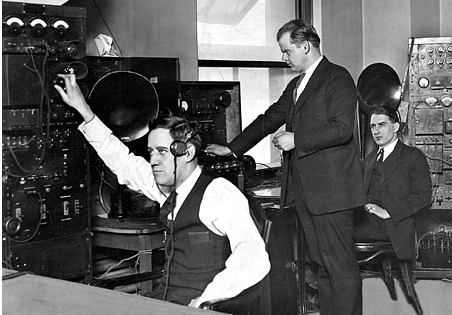 Tube rolling is one of the pleasures of tube amp ownership. Most of us have experienced a noticeable change in sound quality when changing tubes.  Although these changes are almost always attributed to the tube alone, it’s not that simple.

Actually, it’s not the just tube—  The difference you hear is tube/amp interaction.

A certain tube only sounds a certain way in a certain amplifier.  And to make things even more complicated, no two tubes will react exactly the same way in the same amp.

Why?  It’s due to minute physical differences in the tube’s structure.

A tube’s physical (and therefore electronic) characteristics not only change from manufacturer to manufacturer (as you can see through the glass), they also change from tube to tube. Even microscopic differences in the tube’s mechanical and chemical condition can have fairly large effects on a tube’s operating characteristics.  On top of this, there’s the effects of ageing and handling. The result is that due to the mechanical complexities of tube construction, no two tubes, even from the same manufacturer with the same batch numbers, will behave exactly the same… even in the same amplifier.

Now add in the huge variation in operating conditions (bias, plate voltage, load, etc…) from amp to amp, and you start to get the picture.

An extreme case of this behavior is the way certain 12AX7 tubes operate in preamp circuits.  It’s not too unusual to find a situation where a certain Tungsram 12AX7 for instance, works well in the phono stage of a particular preamp, but a certain smooth plate Telefunken does not; causing the gain to fall 10dB and the distortion to increase 10 times. Anyone discovering this in their home would certainly hear a startling difference. But the Telefunken not only tests fine, it sounds great in another preamp. What’s going on?

In this case it was the difference between a functioning preamp and a malfunctioning preamp. The reason was not a weak tube or the particular sound of a Telefunken.  The problem was that most Telefunken smooth plates don’t have enough loop gain for the feedback to provide consistent equalization at low frequencies. In fact, this RIAA EQ shift is the major effect one hears when changing phono tubes in active RIAA EQ circuits. However, passive EQ circuits are free from this effect, accounting for why some preamps won’t have this problem at all when changing between these same two tubes.

There is also a significant difference in noise, microphonics and even AC hum in a particular circuit, not only between tube manufactures, but also between individual tubes.

But the biggest changes in sound quality usually happen when changing output tubes.  This again is because of the extreme sensitivity to changes in bias and operating voltage from tube to tube. A careful analysis of the complexities of what’s causing these sonic differences reveals that it’s all due to tube/amp interaction.  And that these interactions are different for each individual amplifier and each individual tube.

So what can you do about it?  When you’re experimenting with a bit of tube rolling, just remember that’s it about matching the amp to the tube.  And in the case of output tubes, careful rebiasing is critical to making your amp work properly with each individual tube or pair of tubes.

*Footnote: This same phenomenon also applies to transistors, just to a lesser extent due to their simpler mechanical and chemical structures.  Just like tubes, transistors are chosen in matched pairs, especially for power output stages, and individual transistors of the same type have different bias and operating voltage sensitivities, variations in gain and noise, etc.  But since transistors can’t be easily changed, and usually don’t have adjustable bias (they use self-bias as some tube circuits do), no one ever talks about it.  However, it’s things like adjustable bias and easy swapping that help make it easier to create great sounding amps with tubes.